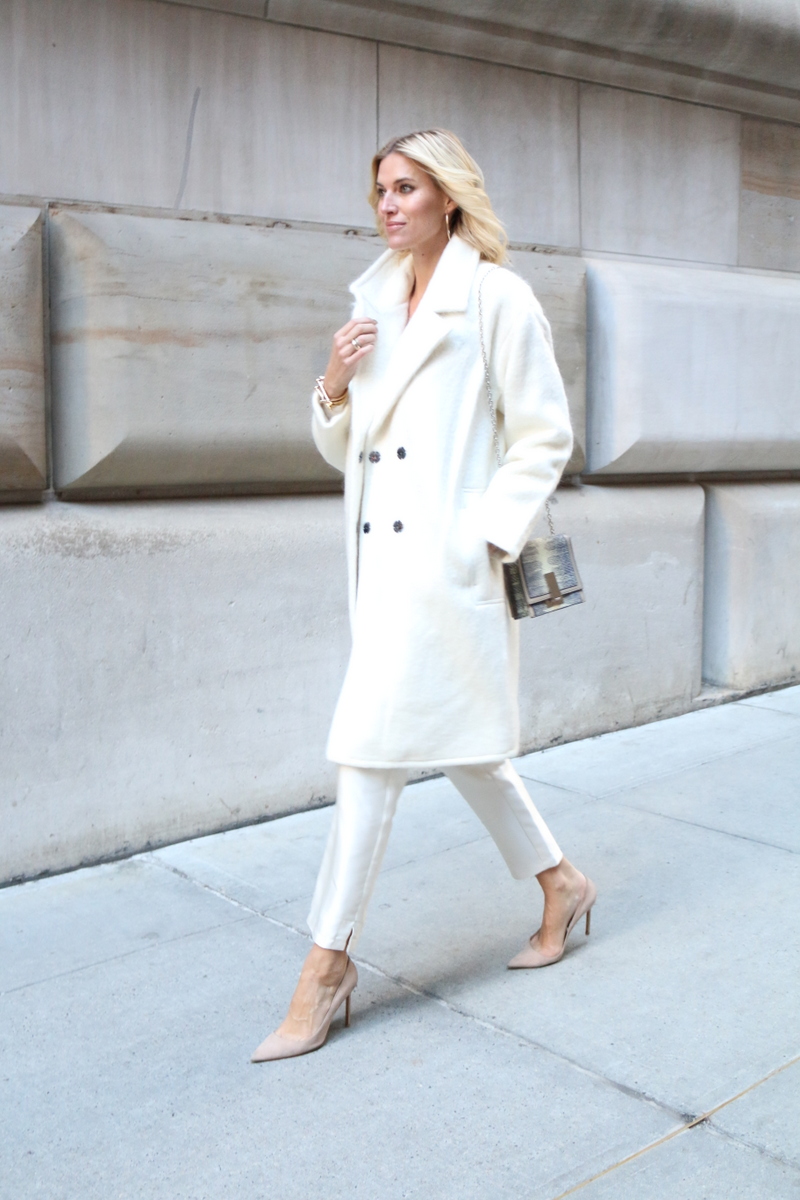 I am here to set the record straight on the never-ending “no white after Labor Day” debate… enough already with that taboo! It is an incredibly outdated fashion rule and I love nothing more than wearing winter white in the coldest of months. Short days, early sunsets and chilling temperatures can take its toll on you but your wardrobe should never reflect the gloominess you see outside your window.

In fact, there is no better time to stand out from the crowd! Avoid getting lost in a sea of dark clothing and start wearing your winter white in order to make a chic and bold fashion statement.

The “no white after Labor Day” rule made its appearance in the fashion scene in the beginning of the 20th century when clothing was more formal and there were strict guidelines regarding what was appropriate to wear each season. Wearing white in the summer was a social statement; it meant that you were wealthy enough to buy clothing that made you sweat as little as possible during the hot summer months. Since white is not very practical and stains easily, only certain people were able to afford dry cleaning or had the means to replace their white attire.  After Labor Day, the elite would return from their vacation homes and replace their light summer clothing with dark city attire. If you wore white after Labor Day, it wasn’t socially acceptable as it meant you didn’t have the means to afford seasonal clothing.

A well put-together winter white outfit is extremely elegant and luxurious. With that being said, there are certain rules I stick to when planning my looks. Winter white has a lot to do with selecting rich, cold-weather fabrics and textures. White wools, cashmere, parkas and even jeans are what I look for when styling out my outfits. It all has to do with wearing the appropriate fabrics for the weather and season. Another tip…don’t try to match shades. Select various hues such as cream, ivory, parchment and oyster. Layering various shades of white makes an outfit look distinct, free flowing and adds dimension.

Remember, it’s just as easy to bundle up in winter white as it is to throw on your average black wool coat. Opting for a head-to-toe monochrome look is a fashion statement in itself! So why not challenge yourself this winter and be the girl on the street who stands out in her chic winter white attire. After all, wasn’t the one and only Coco Chanel known for wearing white year-round?

January 29, 2020 by Kristen Taekman
No Comments 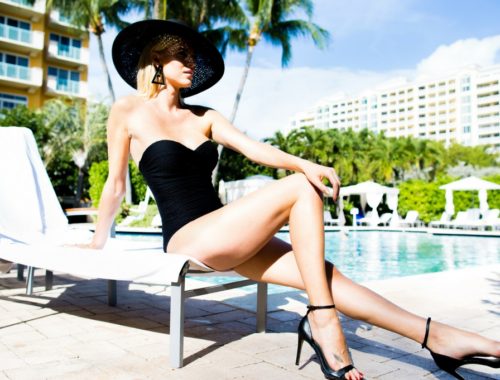 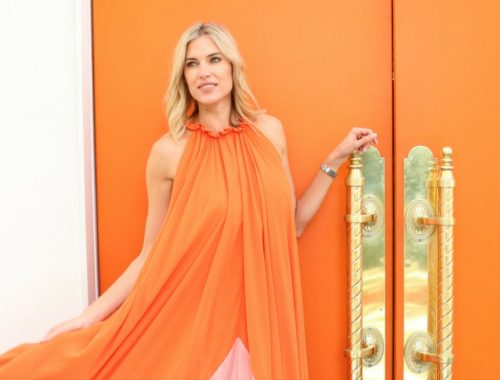 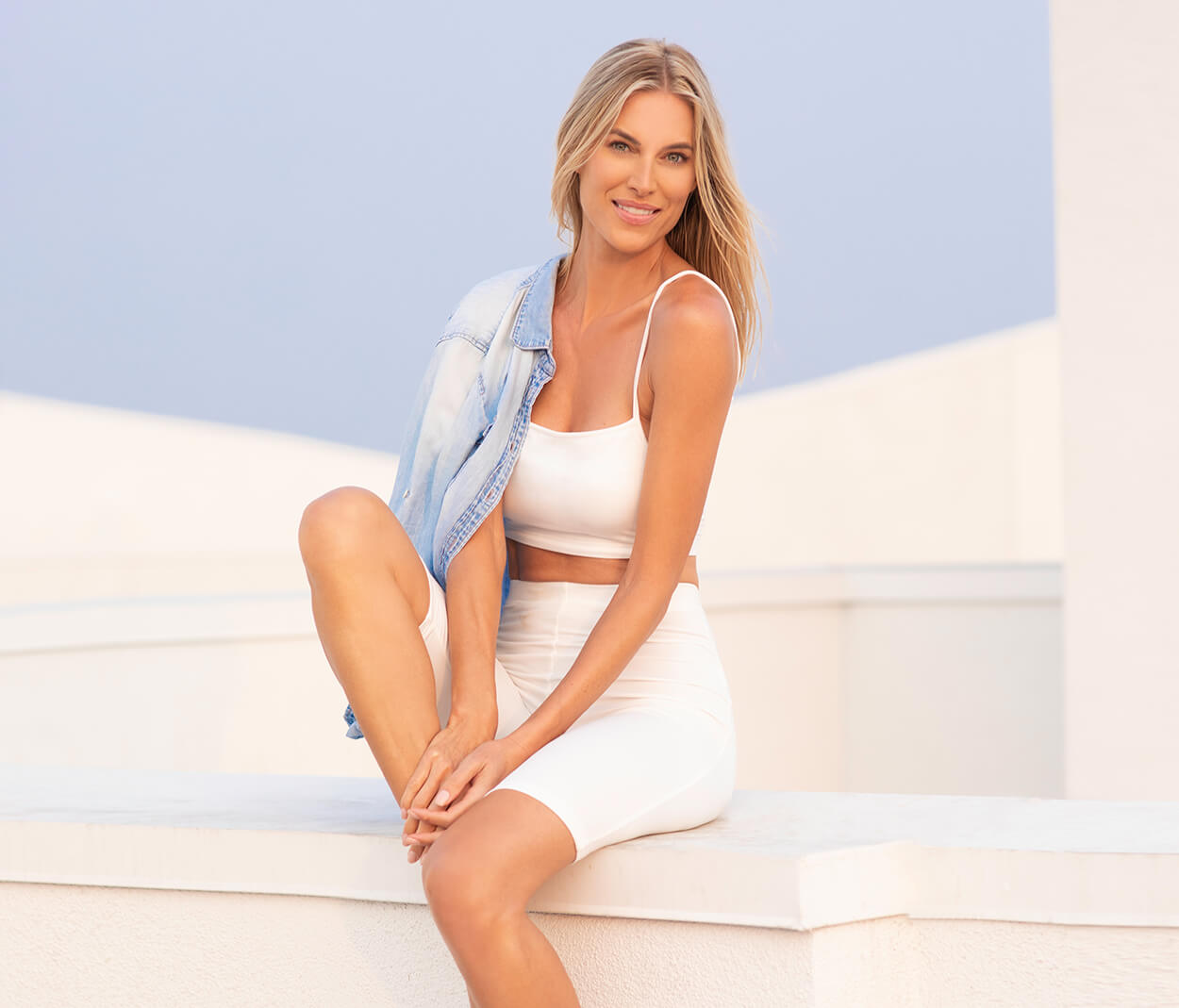 Kristen Taekman, entrepreneur and mom of two, 13-year old Cash and 9-year old Kingsley, has been happily married to Josh Taekman for the past 18 years. Kristen is the founder of Last Nights Look, a successful fashion and lifestyle blog that focuses on high/low fashion for everyone. 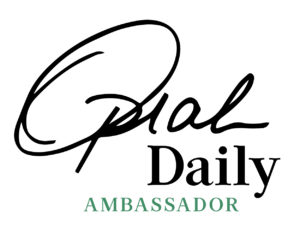